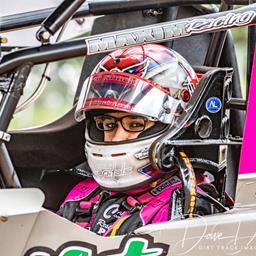 At a young age, Brandon Little was responding to a fire call. Unfortunately, Brandon didn’t make it to the firehouse to go on the call. He lost control of his jeep, hitting into a fence and tree before being ejected. He subsequently succumbed his injuries on the scene. He may not be able to respond to anymore alarms but his sacrifice in the fire service will never be forgotten. Brandon Little was a volunteer firefighter for United Hook & Ladder Fire Department/Company 33.
I got to know the the Little family in 2012 shortly after Brandon responded to his last alarm. James Cappetta, my Uncle, has been a volunteer at United Hook & Ladder doing fire police for quite sometime. So he knew the family. I ran a tribute wing panel in memory of Brandon for the 1st National Fallen Firefighters night that was held to give respect for the family and all the fellow firefighters who had been effected by Little’s tragic accident. I became a volunteer firefighter the following year at United Hook & Ladder as well as joining my hometown fire company Liberty Fire Company #1.
In 2017, Keith and Nancy Little approached me to do the wrap for National Fallen Firefighters Night on June 10, 2017. Instantly, I said yes I would be honored to run the tribute for Brandon, as well as all the other brothers and sisters who lost their lives from a line of duty death. That night became a very emotional night for everyone involved. I got my first ever podium finish, finishing 3rd in the feature and also finishing 3rd in the heat race. Which was crazy how that happened because the number 33. Brandon is loved and remembered by many including his family, friends, brothers and sisters of the fire department. Never Forgotten, Brandon L. Little